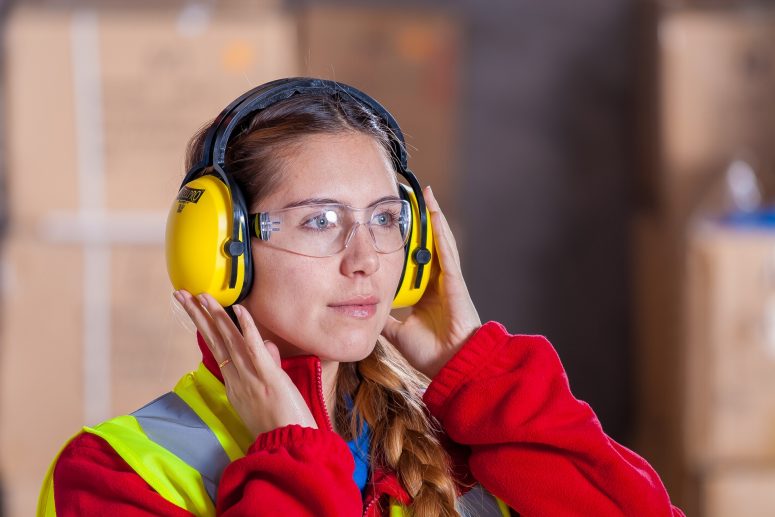 The latest stage in the approval process for changes to the Waste Framework Directive has seen European Union ambassadors endorse the package agreed at the EU meeting in December 2017. The changes form part of the EU Circular Economy package. For local authorities the key targets are for recycling and reuse of 55% of municipal waste by 2025, 60% by 2030 and 65% by 2035. (Read more: letsrecycle.com)

The Department for Environment, Food and Rural Affairs (Defra) has said WEEE compliance fees will be set using a methodology drawn up by the Joint Trade Associations, and include a ‘flat rate’ of £3.50 per tonne to reflect the variable costs involved in collecting and processing materials. (Read more: letsrecycle.com)

Changes to Scottish oil storage rules previously in the newsletter…

Companies have been urged to check compliance after oil storage changes noting that there is no longer an exemption for sites where there is an onward distribution of oil and that premises security is now an alternative to enclosing the delivery pipe in a secure cabinet or having a lockable valve.
(Read more: SEPA Update)

HM Revenue & Customs has consulted on extending landfill tax to illegal sites, which details safeguards for landowners who carry out ‘reasonable due diligence’. The measures to combine legislation on illegal sites with changes on what materials are taxable are expected to raise £145m in the five years following implementation, MPs were recently told. (Read more: mrw.co.uk)

Defra is “dragging its feet” over tackling plastic bottle waste and pollution according to the Environmental Audit Committee (EAC); the government has formally responded to the EAC’s recent report on plastic waste by pointing to plans to look at changes to the ‘entire regime’, including increased packaging producer responsibility. (Read more: letsrecycle.com)

The Environmental Services Association (ESA) has called on the Health and Safety Executive (HSE) to compile more meaningful data on injuries to reflect ‘the considerable variation’ in performance in the waste industry. ESA argues that one of the main shortcomings of the HSE’s dataset is that it uses a single index for the whole industry and offers little insight into how one part fares against another – for example, contracted collection services compared with the same services delivered in-house. In its report ESA also found that collection of waste from the kerbside was one of the most high-risk aspects in the industry. Together, slips, trips & falls along with manual handling and impact injuries made up more than 70% of all reported incidents. (Read more: mrw.co.uk)

Defra’s minister in the House of Lords, Lord Gardiner of Kimble, has confirmed that ‘a full and proper consultation’ will take place on the powers which a new post-Brexit environmental enforcement agency will hold, albeit no date for such consultation has been provided. In November 2017, Michael Gove, the environment secretary of state, announced plans for an ‘enforcement agency’, which would have more powers that the Environment Agency. (Read more: letsrecycle.com)

BBC Scotland investigations have revealed that some of Scotland’s biggest industrial sites are not complying with environmental protection measures. However, its research also highlighted that compliance in the waste sector has risen to 90.35% in 2016 compared with 72.48% in 2009; the Scottish Environmental Protection Agency (SEPA) reaping reward from its targeted intelligence and enforcement campaigns cracking down on waste crime and its work with businesses investing in high-tech recycling solutions that drive positive environmental outcomes. (Read more: bbc.co.uk &sepa.org.uk)

An employee of MAC Skip Hire Ltd of Tamworth was crushed between her lorry and the bucket of a shovel loader on 4 November 2015 in an incident described by HSE as ‘tragic and wholly avoidable… caused by the failure to ensure that basic site controls and rules were being managed and enforced, such that pedestrians were not at risk from these large vehicles working in the area’. The company was fined £60,000 and ordered to pay costs following a guilty plea. (Read more: hse.org.uk)

The London Borough of Croydon and Veolia ES (UK) Ltd were been fined £100,000 and £250,000, respectively, and ordered to pay costs after a worker was crushed by a reversing dust cart, suffering multiple injuries. The employee had been recognised to require heightened supervision due to known learning difficulties and known behaviours. However, direct management and supervision had diminished over time. Both parties pleaded guilty to the charges brought the HSE commenting that ‘this serious workplace transport incident could have been avoided if both duty holders had taken the appropriate safety precautions when planning this activity’. (Read more: hse.gov.uk)

Anglo Recycling Ltd, a Rochdale recycling company, was fined £8,000 and ordered to pay costs after pleading guilty on 20 February after an employee’s arm was dragged into unguarded machinery. Health and Safety Executive (HSE) found the company had failed to assess the risk and guard the rear access point on the machine. At the time of the incident, the injured worker had brought the company’s attention to the missing rear guard but no action had been taken to address it. (Read
more: hse.gov.uk)

SEPA has issued an order banning the movement of three redundant oil rigs from the Cromarty Firth for scrapping in India and Bangladesh pending an investigation of compliance with European Commission Regulations for transfrontier shipment of waste. (Read more: bbc.co.uk)

Compliance with the law on Scotland’s environment is non-negotiable. That was the message from SEPA Chief Executive, Terry A’Hearn, who commented on two recent prosecutions led by the agency relating to water pollution.

Scottish Water was fined £17,000 for discharges in 2014 from their Dunswood Sewage Treatment plant, North Lanarkshire, into the Red Burn in Cumbernauld. The farm partnership David McCreery and Sons, was fined £1,200 in January for discharging slurry and silage into unnamed tributaries of the Gifford Water, East Lothian, again in 2014. The prosecutions highlight the importance of managing farm effluents and maintaining critical water treatment infrastructure. (Read more: sepa.org.uk)

A 28-year–old scaffolder has been sentenced after being seen working at height without suitable and sufficient safety measures in place; the scaffolder had been witnessed erecting scaffold in an unsafe manner at a height of between 13 and 18m by a concerned member of the public. HSE found that the scaffolder was well trained and experienced but had acted alone against his better interest. Sentencing included a suspended prison sentence and community service. Commenting on the case HSE highlighted that it ‘serves to remind employees that they have a duty to look after themselves’. (Read more: hse.gov.uk)

OTHER TOPICS OF INTEREST

Research by a Vanden Recycling used HMRC export data and the National Packaging Waste Database has estimated that 472,500 tonnes of plastic recycling capacity will be lost while alternative destinations will add around 121,800 tonnes of extra capacity this year. This will leave a gap of 350,700 tonnes with nowhere to go (equating to around two-thirds the 2017 total). (Read more: mrw.co.uk)

The latest Defra statistics have revealed that the UK recycling rate for Waste from Households rose by 0.6% to 45.2% in 2016. However, behind the headline number concerns remain that the UK will not reach a 50% recycling rate by 2020. (Read more: letsrecycle.com)

The Scottish Institute for Remanufacture, supported by the Scottish government, has provided funding for nine varied projects which restore and refurbish used high value products as part of its push to create a waste-free circular economy. It is estimated remanufacturing is already worth £1.1bn a year to the Scottish economy and the diversity of the sector is underlined by the range of projects just announced. (Read more: bbc.co.uk)